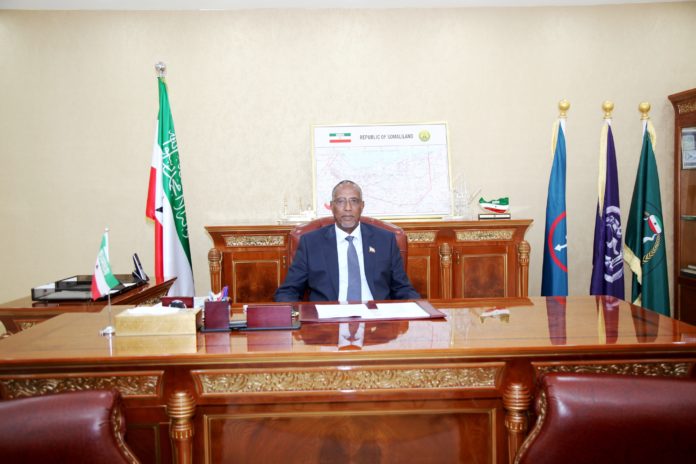 The President of the Republic of Somaliland, Muse Bihi Abdi, has made a sweeping reshuffle to some of Somaliland’s most strategic diplomatic posts. Among those who have been replaced are Ayan Mohamud Anshour, “Gobonnimo” and veteran diplomat, Mohamed Abdi Da’ar.

The reshuffle includes the Somaliland Liaison offices in the UK, Ethiopia, EU, Germany, Saudi Arabia, South Africa, Norway and Yemen.
The new appointments include Abdi Abdillahi Hersi, who is the new representative in the UK, and Salan Hassan Keyd, who has been moved from Addis Ababa to Brussels.
The new emissary to Ethiopia is Yusuf Mohamed Guled.
The appointment of a relative novice, Barkhad Mohamud Kariye, as deputy in Addis Ababa, appears to be a nod the the younger generation of Somalilanders.
The replacement of Ayan Mohamud “Gobonnimo” has caused the most controversy in the reshuffle. The long time emissary to the United Kingdom and the Commonwealth has by all accounts acquitted herself well. However, a recent posting on Twitter featuring the representative with the veteran opposition politician from the  Waddani party, Abdilkader Jirde, may have led to her removal.
According to our sources, the reshuffle may be a prelude to the appointment of a new Foreign minister. There are reports that the current Foreign minister, Prof. Yasin Haji Mohamud Hir, “Faratoon”, is considering resigning due to health reasons. If these reports are true, then the favorite to succeed Minister Faratoon is the current Somaliland representative in Kenya, Bashe Awil.
Ali Mohamed Abokor
ruraledcomm@yahoo.co.uk