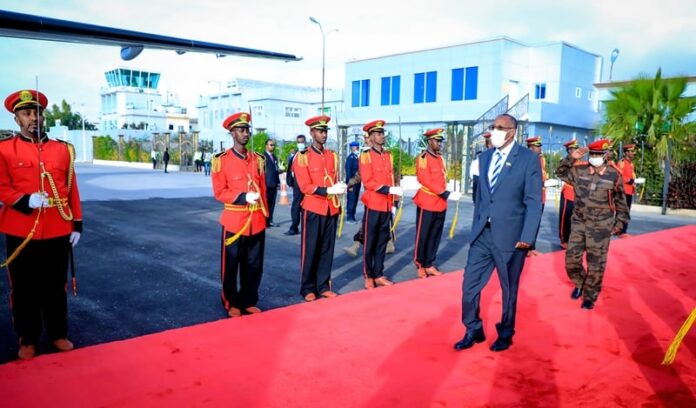 During his stay in Addis Ababa, Bihi is expected to hold talks with Abiy Ahmed on key bilateral issues, days after reports emerged of Ethiopian plans to take over the strategic port of Zayla’ on the Red Sea. On Monday, Somaliland Foreign Minister Saleban Ali Kore declined to comment on the issue during a press conference.

Diplomatic relations between Somaliland and Ethiopia have plummeted since Abiy Ahmed rose to power in 2018. Addis Ababa has since sidelined Somaliland, which is not part of a tripartite agreement with Somalia and Eritrea and attempted to pressure Somaliland to give the green light to a visit by Farmajo to the region’s capital, Hargeisa.

The visit comes amid tensions fraying in the region over President Bihi’s authorization of the registration of new political associations after the terms of the current parties expired, in a move stiffly challenged by opposition leaders, who raised fear of potential term extension. His decision was later upheld by the Supreme Court.