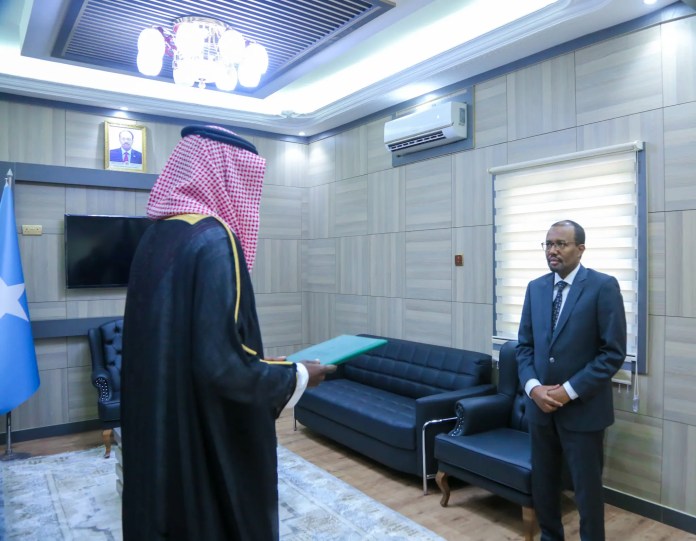 Somali FM Abdisaid Muse Ali on Tuesday has received a copy of credential of new Ambassador of the Kingdom of Saudi Arabia to Somalia, Mr. Ahmed Bin Mohamed Al-Muwalad.

Somalia’s FM affirmed that the Somali government will provide the necessary facilitations for Al Khalifa to accomplish his mission as a non-resident ambassador and will work with him to ensure the strengthening of bilateral relations between the two countries.

Al-Muwalad thanked the cordial reception that he was accorded to.

FM discussed with new Ambassador on forging the existing bilateral ties in the fields of security, economy, trade, social and political affairs.

Finally, FM Ali congratulated the new Saudi envoy to Somalia for his appointment and pledged that the Somali government will do all it can to discharge his diplomatic duties.