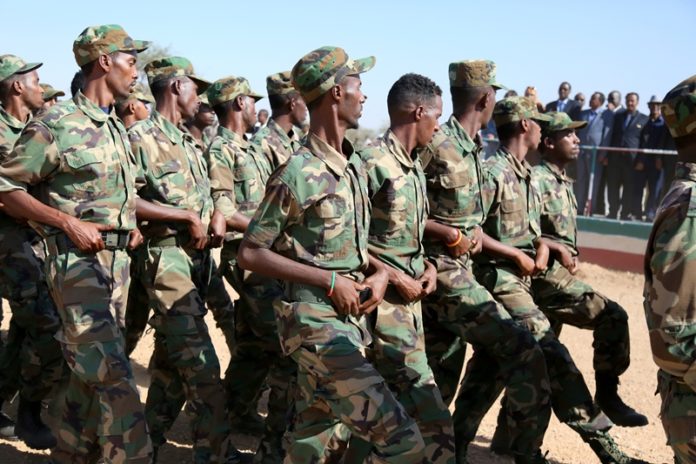 The Head of State, His Excellency Musa Bihi Abdi on Sunday has officially concluded the training given to the first batch of men and women who have completed military training as part of the national service program which is optional.

The men and women selected from across the state attended robust military rehearsal that was held at Dereweyne military training camp for months.

The ceremony saw the attendance of members of the cabinet, chiefs of the armed forces, politicians, intellectuals, heads of gov’t institutions and the trainees.

He said that the project has been accomplished and is expected to bear fruit now.

Mr. Mohamed has reiterated that the mission behind the creation of the program has been fully achieved and urged that all must join hands in the realization such programs in Somaliland.

Mr. Mohamed has further stressed that the men and women that were in attendance of the program are now fully matured in order to be tasked to national service.

Both the chief of defense forces and the minister of defense have echoed the same notion that this could set an example that Somaliland can do whatever it sees as the best way forward for its progress.

The president has said that the main objective behind the program is to held the youngsters responsible for the state.

The second phase of the project is about to last for nine to ten months where 1500 students chosen from across the state are currently in attendance. More than 120 men and women of those enlisted into the national service have opted for the absorption of state’s armed forces.

The president presented a certificate of appreciation to the head of the project for his diligence and hard work. 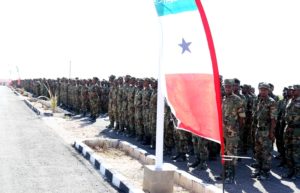 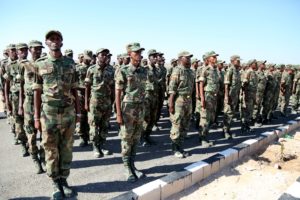 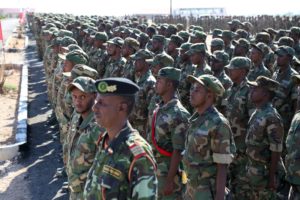 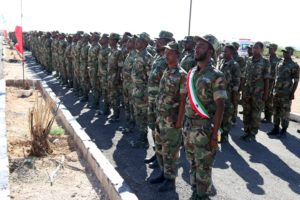 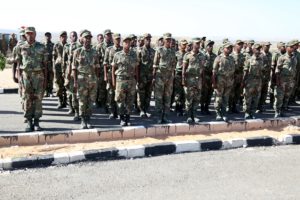 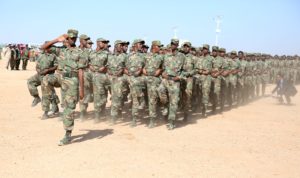 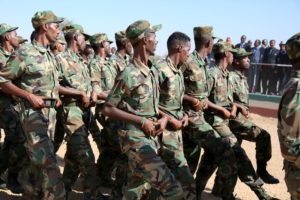