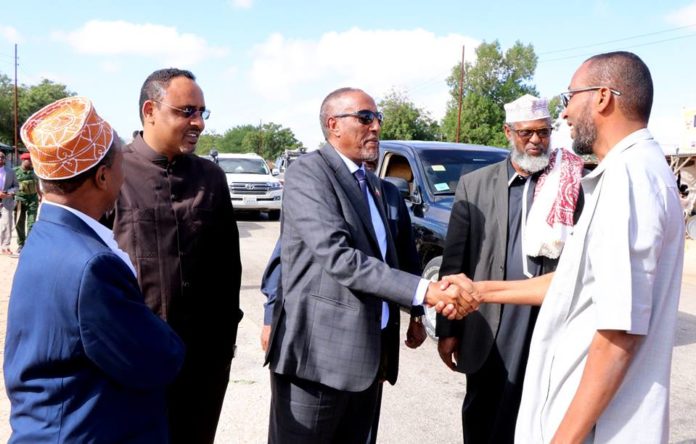 The Head of State of the republic of Somaliland, Hon. Musa Bihi Abdi on Sunday embarked on his first official working visit to the port city of Berbera. The president leading a high level delegation was received by Berbera residents. The ministers of defense, agriculture, religious affairs, health, parliamentarians, and ruling party senior officials accompanied him. The president and his entourage received warm and cordial reception at making short stopover at the settlements lying between Berbera and Hargeisa. Residents and Sahil regional administration greeted the delegation headed by the president upon reaching Berbera vicinity. The president strolled with throngs of residents who have turned up to welcome the president’s entourage. The presidential spokesman said that the mission behind the visit embarked by the Head of State is to assess the situation on the ground specifically Sahil region. Opposition blast the president that who is out of touch with the residents and is unaware of the hardships that they encounter on daily day basis. According to experts on economy state that the country is facing economic stagnation once the current leader assumed office.