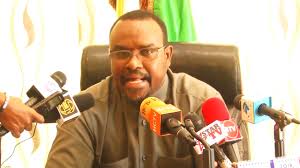 The President of Somaliland Musa Bihi Abdi on Saturday has appointed committee tasked with investigating land grabs and resolving disputes in Gargaara settlement in the western coast of the country.

This was announced by the chairman of the committee, the minister for water development, Mr. Suleiman Ali Kore.

The committee will embark on fact finding mission to Gargaara which is part of Lughaya so that they will resolve the lingering land dispute in among the farming community in the area.

Mr. Suleiman has reiterated that they will come to the settlement so as to solve the land dispute by peaceful means. He pledged to remain fair to all opposing sides and further promises that they will reach a decision that will be based on just.

The members of the committee named by the president are as follows:-