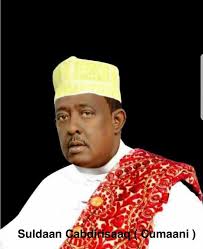 HARGEISA–Residents in Mahamud Moge village in the south of Hargeisa have filed repeated complaints with asphalt & concrete mixer factory located near Egal airport demanding that the plant be shut down and relocated. The residents have today taken to the streets to show their wrath against their calls which have fallen into the deaf ears. The plant is a factory or batching plant where cement mix is made in large quantities, mostly used for construction. The angry demonstrators have called on the government to urgently intervene on this matter which has polluted the environment and is causing many people to get ill. The owner of the factory has recently received a contract from the government of Somaliland which will see the rejuvenation of road linking Hargeisa to Kalabaydh. The deputy police commissioner, Mr. Abdirahman Liban Foxle has calmed down the furious protesters and urged to refrain from any acts of violence. He further promised that their grievances will be urgently responded by the government.

The demonstrators having burned old tires in the streets, accusing member of Somaliland cabinet minister has rescinded a directive issued by civil aviation manager which called on the factory to stop operations and relocate as urgently as possible. The reason for the lack of execution of the order the factory to relocate is that the owner lent a lot of money to the government. The nearby community have compliant ed that their health is under threat posed by the fumes and pollution coming from the factory which mixes asphalt with cement. Local doctors urged the community to demand from the government to shut down the factory. Mr. Sultan Abdirisak Omani has based his factory in nearby the airport when ex-president Silanyo was in power.