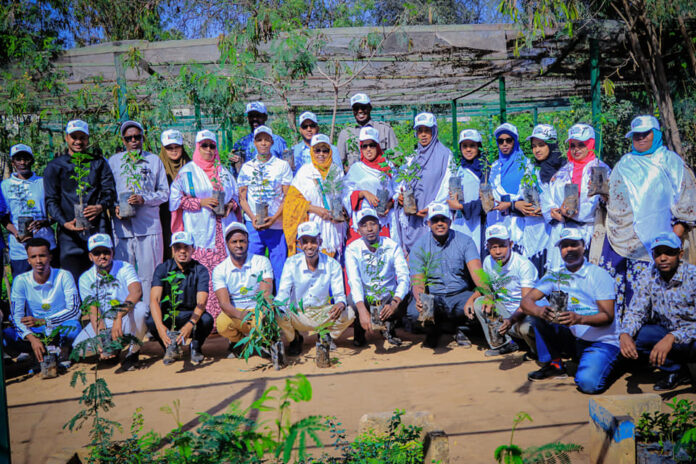 Minister of Environment and Climate Change Hon. Shukri H. Ismail, Director General of the Ministry of Environment and their entire staff observed National Planting day, where this year’s theme was:-  “To save our earth, let’s plant trees.”

The National Tree Center at the Ministry of Environment and Climate Change in Hargeisa hosted the National Planting Ceremony of 15 April and was celebrated on Saturday 16 April.

The Minister of Environment and the Director General called on the public and anyone who comes to the trees to protect and cultivate.

And the trees will be pruned when it rains, God willing.

The April 15th National  Planting  Day event was widely celebrated in Awdal region by officials from the Ministry of Environment and Climate Change and attended by the regional administration of Amoud University.

The Coordinator also distributed Weeds to be planted by government Officials and various segments of the public and the equipment distributed included Weed Netting Wire to Protect Livestock and Anything that harms plants.

April 15th falls on a Friday and the National Planting Day is celebrated on April 16th with similar events being held in all regions of the country.