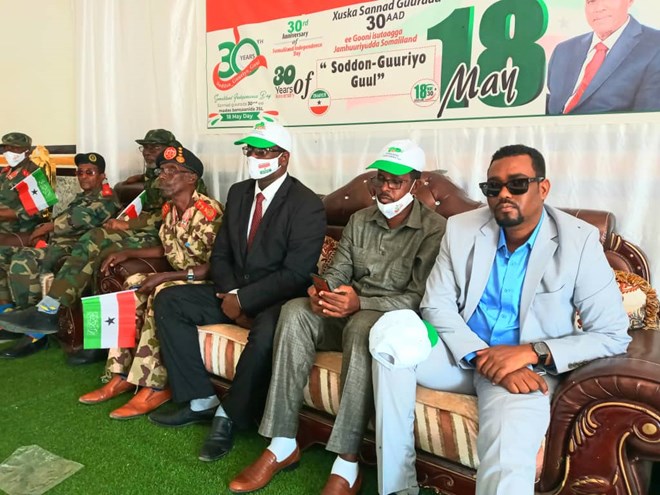 The Independence Day celebrations were held across the country to mark the 30th anniversary of withdrawing from the failed unity with Somalia in 1991. There was no military parade from SL defense forces and communities due to the restrictions put in place in the country pertaining to the spread of the deadly Covid-19 pandemic. SL Head of State has sent his best wishes to SL populace for the auspicious occasion of the 30th anniversary. SL regained its lost independence following a guerilla war launched by Somali National Movement (SNM). No single country from the world has formally recognized Somaliland as country but the country which is enjoying a period of peace and stability has close diplomatic ties with EU, UK, USA, Kenya, Ethiopia, Djibouti and the UAE. Foreign countries have up and running diplomatic mission in Hargeisa, the capital of SL. Some have set up consulate missions while others plans are in the pipeline. Somaliland was a British protectorate which gained its independence on June 26, 1960 before merging with Italian Somaliland to create the greater republic of Somalia on July 1, 1960. Somaliland enjoyed 4 days of independence and were recognized by more than 35 countries from the world. A ceremony held to commemorate the 30th Independence anniversary of Somaliland was held at Hamdi Hotel in east of Lasanod, Sool’s provincial capital. The ceremony saw the attendance of regional and district level administrations, intellectuals and other members of the community showcased the progress and development that the city made over the years that was in Somaliland’s control. Regional governor of Sool, Abdikani, spoke deeply on restoration of law and order in Lasanod.