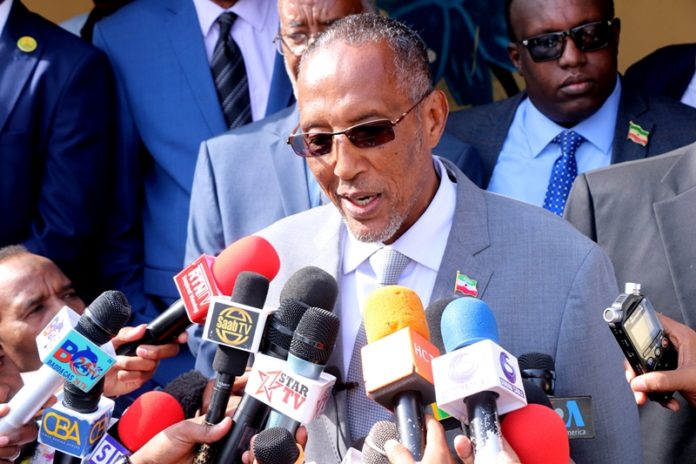 Hargeisa— Somaliland president has accused traditional elder of fueling the protracted rivalry killings in Sanaag province particularly in Eil Afweyn. The president, Musa Bihi Abdi said yesterday that there were allegations which proved the involvement of King Buurmadow to the animosity between the two ethnic clans. The Head of State has urged the traditional chief to bring peace to his region and to help law enforcement agencies to apprehend the culprits. The president remarked that Buurmadow and his supporters are aiding and abetting the animosity to continue in his region. He stated that the king’s next of kin has been engaged in inter clan fighting for over the past two years. He added that when it comes to elders, they work towards to restoration of peace but are not associated of fueling the ethnic killings behind the curtains. He blamed the king of directing the inter clan fighting via the phone. On other hand, the president has welcomed the holding of tribal meeting in Burao but added that one or more tribes can gather but the outcome should not come against the statehood of Somaliland aspirations.