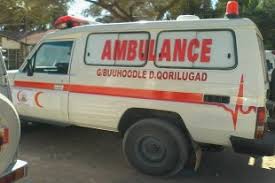 Since 1991 when Somaliland declared its independence from Somalia, the country has made great strides in economic, social and political development. Somaliland citizens are optimistic that their continued determination to build the nation will soon pay off. However, there are numerous challenges faced by the government compounded by the limited resources available in the country. These challenges include a lack of humanitarian aid and international funding due to the political tension between Somalia and Somaliland. The health sector seems to be forgotten with little to no improvement in primary healthcare. For instance, infant and child mortality rates in Somaliland are among the highest in Africa according to a report by UNICEF in 2012.

Despite the emerging private hospitals in the country and efforts being made to improve the capacity of public hospitals, there is a growing and dire need of paramedics to offer pre-hospital life support. Paramedics were invented in the early 1970s  and today it’s almost in every healthcare system in every country around the globe even though still limited. However, in Somaliland there are hardly any trained paramedics. There is an increased rate of chronic diseases in developing countries such as Somaliland where there are limited health care resources and the absence of early screening of these diseases. Unfortunately, the majority of people with chronic diseases are not aware of or do not fully understand their conditions. Meanwhile, the most common cause of maternal deaths is severe hypertension in pregnancy i.e.(eclampsia) postpartum hemorrhage, infection, uterine rupture and other conditions occurring in early pregnancy such as complicated miscarriage. Childhood deaths are mainly due to diarrheal diseases and respiratory infection as well as malnutrition.  All the above causes can be treated and prevented with appropriate emergency care thus the need for paramedics in Somaliland is an urgent necessity. Other conditions requiring emergency care include stroke, diabetes, hypertension, asthma,  and epilepsy.  Patients often seek medical help when it is already too late due to the lack of information on when they should visit the hospital. Patients are also unaware of their health conditions and the signs and symptoms of a particular disease that needs urgent medical attention. .

Road traffic accidents are so common in Somaliland which are often fatal claiming hundreds of lives. However, it is difficult to know the actual number of fatalities annually due to a lack of daily reports and records on car accidents. The accidents are usually as a result of overloaded trucks, suicidal khat truck drivers, illiterate drivers that have never been to a driving school and are not familiar with road signs, careless driving while talking to a phone and over-speeding. In addition, the road infrastructure is poor and Right-handed vehicles are driven on the right side of the road. Somaliland motor vehicle authorities are not keen on checking whether the vehicles are roadworthy which raises concerns and jeopardizes the lives of hundreds to thousands of people. Paramedics, the trauma team should be in place to manage the situation and minimize complications. As for trauma, there is these so-called “golden minutes or hours” whereby the patient’s life can be saved and future complications can be prevented if handled by trained paramedics and trauma team.

The Somaliland Ministry of Health departments include:

Somaliland needs Emergency Health Services and it should be in place in the near future. It is time to prioritize the health of the population, healthcare should be made accessible to the community whether it’s the emergency services or healthcare in general.

Somaliland’s population is said to be 3.508 Million (2017) with most of the people residing in the rural-remote areas characterized as hardship areas with limited access to medical care.

The government of Somaliland in collaboration with various stakeholders in the country needs to implement ways of providing transport services to patients in remote areas through fully equipped ambulances. Medical training institutions and colleges should be established to increase the human resources, well-trained paramedics, trauma teams and firefighting centers that are critical in times of emergency. This will play a key role in preventing unnecessary complications and deaths especially maternal and child mortality. Somaliland traffic authorities and the Ministry of Transport should also ensure that vehicles are roadworthy and that basic traffic rules are observed.