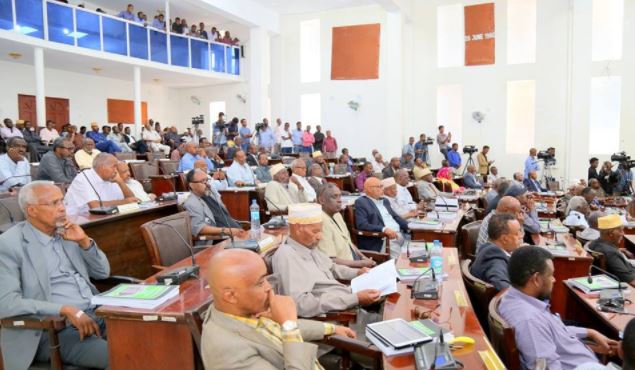 The House of Representatives on Monday approved ministers, assistant ministers and other officials that the incumbent Somaliland President Bihi appointed in a recent reshuffle.

The parliament session today chaired by the House of Reps speaker saw the attendance of 47 out of the 82 members.

The House of Reps. secretary has read the presidential decree that president Bihi nominated  the officials, their educational background and experience.

The parliament also passed the board of directors of country’s central bank.

The MP’s voted by show of hands.