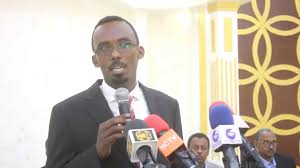 The Chairman of the Committee MP Mohamed Haji Yusuf alias Wabeye and the director of Hargeisa Water Agency briefed the local press after the session.

MP Wabeye has underlined the importance of increasing water supply to the capital as the population grew ten fold.

Director Mohamed Ali Darod on his part said the government is undertaking two ongoing projects to expand water supply for the residents in the city.

The German government and the special development bank are supporting these projects.

One project the director cited concerns bringing an adequate water supply to the city to meet the increasing demand from a distant of 23 km.

The second project the director added is concerned with the distribution water inside the city.

It entails laying 162 km pipelines and the construction of local reservoirs in the city.

The director argued that these projects will facilitate a better water management system which will reduce wasted water.

However, the director declined to offer timelines of accomplishing the two projects.