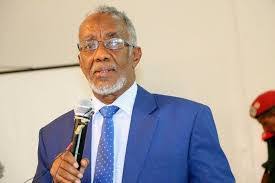 Unconfirmed reports indicate that the Foreign Minister, Mr. Yasin Mohamud Faraton, has tendered his resignation to the incumbent Somaliland president. Sources quoting senior officials at the ministry of foreign affairs of Somaliland stated that the FM submitted the letter of resignation to SL leader last week. The FM cited as health reasons for quitting his post as the FM of Somaliland. The incumbent president has not reached a decision in regard to the resignation made by his FM. Mr. Yasin Faraton was appointed to the foreign affairs ministerial portfolio on 10th November, 2018 as he was shifted from the education portfolio. Mr. Yasin served as the first Sool regional governor in 1990’s once Somaliland recaptured its lost independence from Somalia in 1991. The late Somaliland president Mohamed Haji Ibrahim Egal appointed him as the health minister in 1993 whilst he served as the state rehabilitation minister during Riyale’s era in 2003. Ex-president Ahmed Mohamed Mohamud Silanyo appointed Mr. Faraton as the interior minister on 17th August, 2018. Once the incumbent president was elected to office, he appointed Mr. Faraton as the minister responsible for education and science. He later shifted to the foreign affairs minister in a cabinet reshuffle.