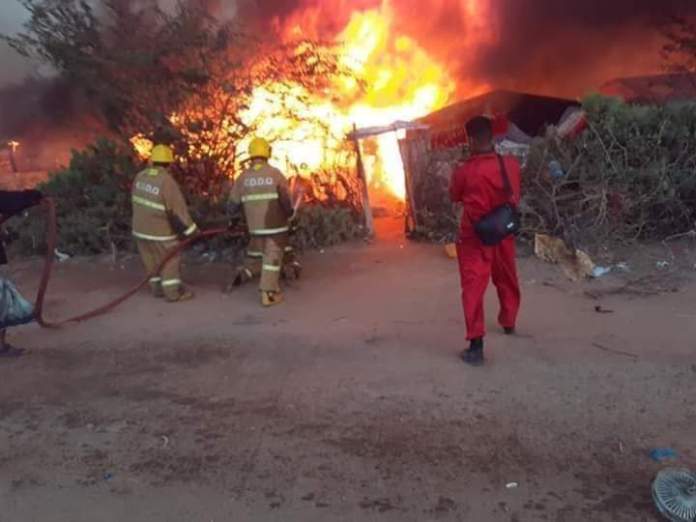 A number of Internally Displaced Persons (IDPs) were left without shelter after a fire broke out a refugee camp in Hargeisa on Thursday.

The fire broke out at makeshift camp razed to the ground at around 200 huts as well as all their beds, utensils and clothes.

The ablaze took place at the IDP camp during summer strong winds.

Somaliland officials have confirmed that 12 fire trucks plus 80 fire brigades were deployed for the efforts to extinguish the ablaze.

85 percent of the resident homes have been wreaked havoc.

The IDP’s who spoke to the local press have appealed to the government for urgent help immediately with shelters, food and blankets.

The residents also believe that the government has neglected as well as not giving considerations to the incident.

It is not quite obvious what has sparked the fire but locals suspect that the ablaze erupted when one of the huts made of straw, sticks and plastic materials caught on fire