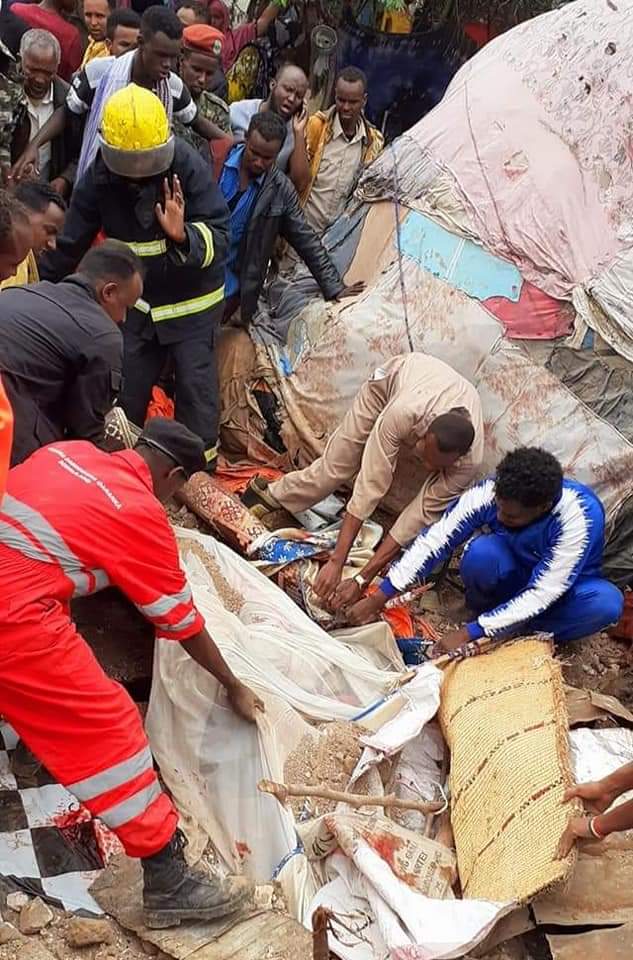 A couple along with their two children killed following the collapse of an old wall next to their residence on Sunday. Faisal Aden Abdi and the wife Hinda Ahmed were living in a makeshift house located in 31 May village. The wife was pregnant and was due to deliver in week’s time. The firefighters and rescue teams removed them from debris and were rushed to Hargeisa hospital.  Doctors declared them dead.

The collapsed wall was constructed dating back to colonial era. Mayor of Hargeisa flanked by the regional governor spoke of the tragic death of the family.  A stern warning was sent to locals living in the capital to remain vigilant at times of heavy rain which could leave behind such tragic incidents. 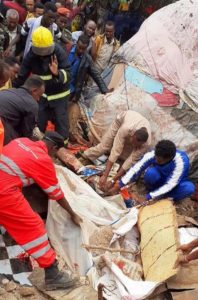 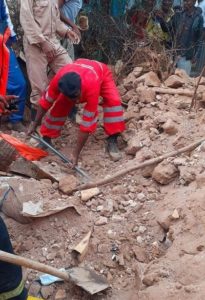