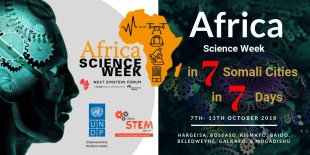 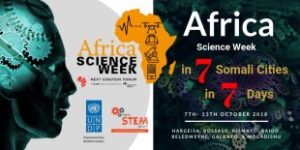 The government has banned the observation of Africa Science Week to be held in the country.
The science banner under the auspices of the so-called Somali STEM Society or Somali STEM Association was due to kick off today (Sunday).
A confirmation from the state on Friday evening noted that the holding of the meeting was banned three days earlier (Wednesday).
It was co-sponsored by the UNDP, an arm of the United Nations Organization.
Earlier on a prominent Somalilander who is also a veteran politician and several times past minister cautioned the holding of the meeting hence charged that it undermined the sovereign integrity of the country.
According to our sister paper Dawan Mohamed Hashi quipped, “This project fronted by the UNDP is one which is held in all Somali (states) capitals in which in their perspectives (and as far as they are concerned) includes Hargeisa hence it depicts direct UNDP undermining the country’s integrity”.
According to Dawan, a senior government official clarified, we have already stopped banned) the meeting hence we have to the conveners of the meeting”.
The stem meeting was to be held simultaneously in seven Somalia cities starting from 7th In Hargeisa to 13th October 2018.