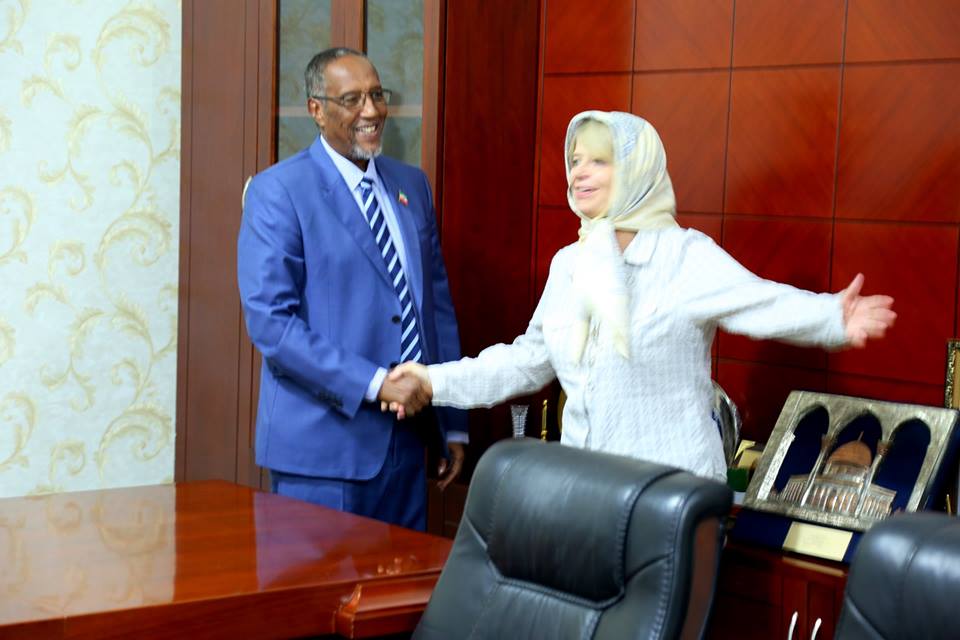 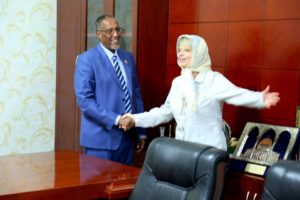 HARGEISA–A high-powered UK delegation led the minister for State of Africa, Harriett Baldwin arrives in Hargeisa on Sunday. Ms. Harriett Baldwin is also the in charge of DFID. The visit is said to strengthen UK partnership with Somaliland in a wide range of issues of common mutual interest. The bilateral ties between the two sides focuses on politics, development and cooperation. Somaliland’s FM, Dr. Sa’ad Ali Shire said that the two sides have concentrated on the dialogue issues of common interest ranging from elections, stalled Somalia/Somaliland talks, regional security, boosting bilateral cooperation, stability and progress. Somaliland receives much aid from the UK gov’t and the FM expresses his thanks for the generous aid from the UK. On her part, UK State Minister for Africa, Harriett Baldwin has lauded the positive strides that Somaliland took in the right direction. She has announced new aid earmarked for Somaliland which will be chanelled via the Somaliland Development Fund (SDF).  She said that she is delighted to pay a courtesy call to one of the young African states that has deep rooted bilateral ties with the UK. She went on to say that she has seen with her naked eyes on projects were her country is implementing in Somaliland.

The UK has pledged 25 million Pound to Somaliland Development Fund (SDF) which will be spent on development projects in the country. UK delegation has inspected the ongoing Hargeisa Water Supply Expansion which is going on smoothly. The minister has congratulated on the Head of State on his unwavering commitment to embrace democracy in the country and further pledged that the UK will remain a close ally with Somaliland. She has said that the gov’t is committed to hold parliament and local council polls on the agreed time-frame.