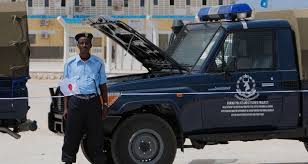 Somalia’s security agencies stated that they have received a credible intelligence that the Al-Qaeda-aligned militant group of Al- Shabab is planning to conduct suicide bomb attacks on high profile targets in the capital Mogadishu.

In a letter sent to the guards of the presidential compound in Mogadishu, the security agencies said there was a possibility that militants could target headquarters of gov’t institutions with a Fiat 110 vehicle packed with explosives.

Possible targets mentioned in the warning letters include the Ministry of Defense, Central Command of the Army and Damanyo camp, which is a base for Turkish-trained special forces.

security agencies also warned that seaside hotels at Lido beach, police checkpoints on roads leading to the presidential palace and Benadir regional police headquarters are likely to be targeted by the militant attacks.

It comes after militants increased their attacks in the capital over the past weeks amid a heightened dispute between the president and his prime minister, which is feared to reach a destabilizing level despite int’l calls for de-escalation in the tensions.