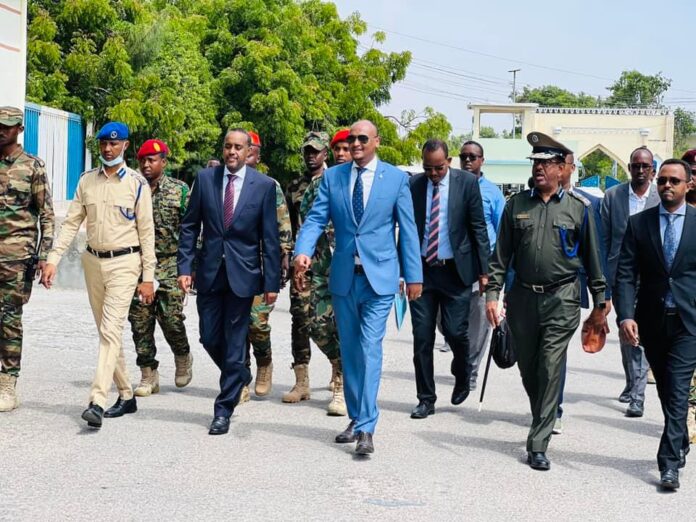 Somalia’s PM Mohamed Husein Roble on Monday said the statement from the president and failed military takeover of his office were clear violation of the constitution.

The statement from the PM comes hours after the embattled President Farmajo has suspended the PM over allegations of looting public land and an investigation is accomplished.

Troops loyal to the Prime Minister reinforced by the African Union Peacekeepers were able to regain control of Roble’s office from pro-Farmajo forces, who had besieged it hours earlier.

Sand barriers have also been laid in all roads leading to the area.

Pictures showed the Prime Minister, accompanied by the deputy PM and army chief, returning to his office.