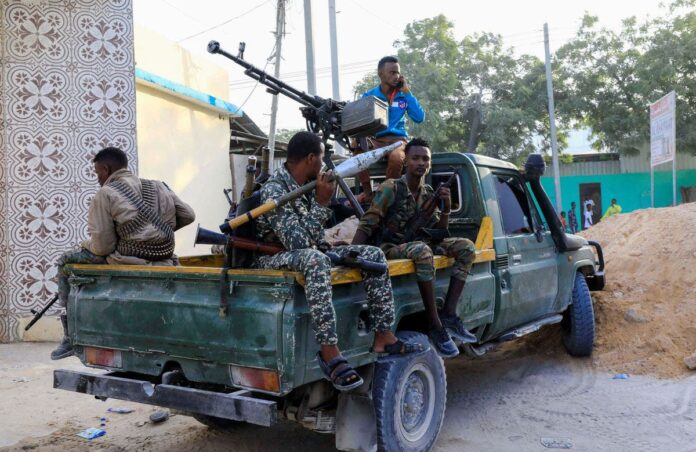 Tension is running high in Somalia’s capital where troops have started to mobilize after embattled President Farmajo has suspended the Prime Minister over allegations of looting public land.

Habargidir clan leaders have convened in Mogadishu and agreed with their military commanders to mobilize thousands of forces by pulling out troops on the front-lines against Al-Shabab in the Lower Shabelle region.

Opposition backed forces have started military maneuvers in Hodan, Abdiasis and other major districts in the capital.

Reports indicate that they are planning to close all main roads leading to the President Farmajo’s residence.

Armored vehicles could be seen at the gates of the presidential palace and pro-Farmajo troops have deployed in large numbers.

The US embassy in Mogadishu urged Somalia’s top leaders to take immediate steps to de-escalate tensions in Mogadishu, refrain from provocative actions and avoid violence.