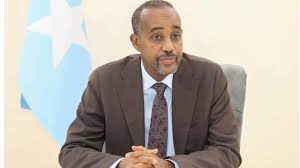 Somalia’s Prime Minister held a virtual meeting with regional presidents on Wednesday night to discuss completion of elections by February 25 and efforts to tackle worsening drought conditions, his office said.

Security was also among other issues focused by the leaders during a Zoom meeting, hours after mortar shells fired by Al-Shabaab insurgents targeted Southwest presidential compound in the coastal town of Barawe, where elections for a number of parliamentary seats were underway.

It came a day after the US Secretary of State Antony Blinken said on Tuesday that the Biden administration had imposed visa curbs on Somali officials believed to be complicit in undermining elections, through violence, arbitrary arrests and intimidation against journalists, opposition figures and civilians.

It has not been immediately clear whether the leaders discussed visa restrictions imposed by the US government on unnamed Somali officials, including some who had failed to hold free and fair polls.