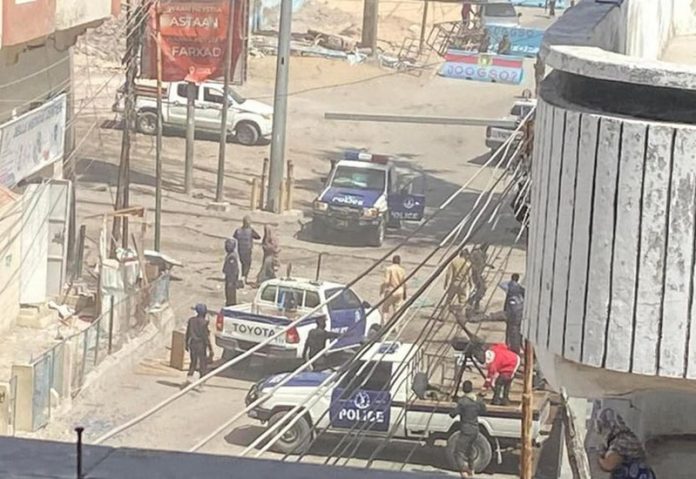 At least five people were killed and several others wounded on Thursday in an Al-Shabaab-claimed suicide bombing targeting government convoy ferrying election delegates at a security checkpoint near the presidential palace, witnesses told local media.

Police spokesman Abdifatah Adan Hassan said the attack carried out by a suicide bomber had targeted a convoy of election delegates at El-gab security checkpoint, an area close to the residence of Somali president Mohamed Abdullahi Farmajo. He did not say how many people were killed or wounded.

Al-Shabaab immediately claimed responsibility, saying it had killed six election delegates and five police officers, and wounded 16 others, including three members of the security forces.

The attacked delegates were heading to a police academy in the east of the city where elections for several parliamentary seats for Somaliland community in Mogadishu has been held on Thursday.

Several other delegates had been killed in a string of attacks claimed by insurgents in Mogadishu and other cities in Somalia over the past days, in what security experts say was due to the government’s failure to beef up security during elections.

Meanwhile, three people were killed on Wednesday in a bomb attack in the coastal town of Bosaso that targeted a gathering of security personnel, police official said. Al-Shabaab claimed credit for the assault, saying it had killed two soldiers and wounded six others.