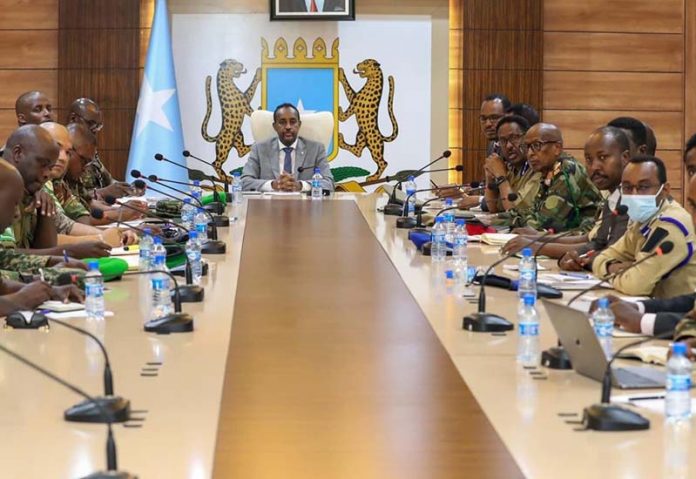 Roble instructed AMISOM commanders and armed forces officials to tighten security in the capital Mogadishu which is due to host an upcoming presidential election and votes for top parliament positions. Parliamentary elections for Somaliland communities in the capital had been concluded last week.

During the meeting, Somali Premier asked troops to increase military operations against Al-Qaeda-aligned militant group Al-Shabaab, which controls vast swathes of territory in south and central Somalia. The group has been waging an insurgency campaign for more than a decade to topple western-backed government based in Mogadishu.

It comes after mounting attacks carried out by insurgents in Mogadishu and other cities over the past weeks, in an apparent attempt to disrupt ongoing polls. Somalia’s Custodial Corps chief earlier said militants increased the pace of their operations after authorities had diverted their attention into politics and elections.