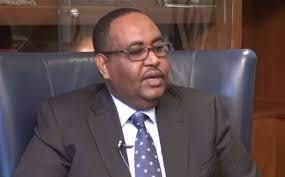 First round of talks between the leader of Somalia’s northeastern semi-autonomous region of Puntland and the commander of a mutinous elite force ended without progress on Tuesday after each side insisted on demands rebuffed by the other.

Talks brokered by regional elders were held in the coastal town of Bosaso, the first since a ceasefire was observed in the commercial port city in December following deadly clashes between troops loyal to Puntland President and mutinous forces led by the commander of Puntland Security Force (PSF) Mohamud Osman Diyano, whose family has been in control of the elite force for more than a decade.

Deni demanded that Diyano leave his post and abide by a government decree that had dismissed him last year if talks were to proceed while PSF command insisted that the President should implement conciliatory terms of a meeting by regional elders, who had asked authorities to reinstate the mutinous commander and open talks aimed at bringing an end to a months-long standoff.

Regional authorities and PSF leadership have not yet commented on the talks, but both sides agreed to keep talking ahead of parliamentary elections scheduled to be held in the coastal town.