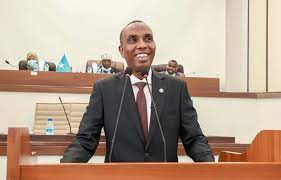 In a speech to parliament, Barre urged MPs to vote in his favor so that he will be able to form a new government and move ahead with the implementation of the new administration’s key priorities.

All of 220 MPs at the hall unanimously approved the new Prime Minister Hamza Abdi Barre in a nail vote. Barre has become Somalia’s 21st Premier picked by the Horn of Africa country’s 10th President.

In Somalia, it is a tradition that Prime Minister forms a government within 30 days.

Barre, an ally of Somali President Hassan Sheikh Mohamud and a key member of his political party, was named to the office on June 15 in what authorities say is aimed at averting power fights between leaders that have contributed to the dysfunction of successive Somali administrations over the past two decades.