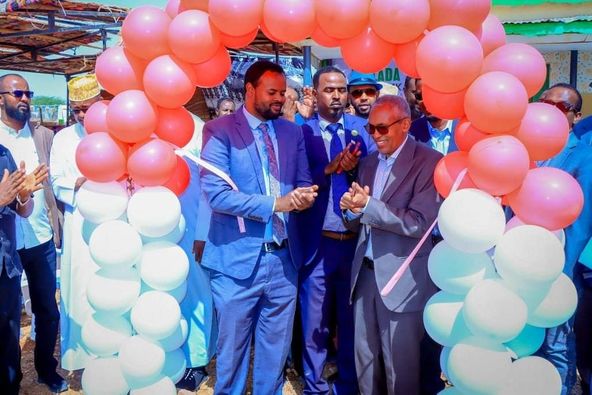 The Opening Ceremony for the new custom of Ina-Guha was attended by members of the Cabinet of Ministers, members of the House of Representatives and the Senate (Guurti) as well as members of the Salahley and Hargeisa District Councilors, the local traditional elders, Salahley district administration and the different parts of the Ina-Guha community, while they were unanimously welcomed the opening of this custom and thanked the government for that subject matter.

The Minister of education, the Deputy Minister of Commerce, the Chairperson of the Good Governance Committee, and members of the House of Elders, Representatives and the Hargeisa Constituency also praised the Ministry of Finance for opening customs in the border area of ​​Ina-Guhaa. At the end of the ceremony, the Minister of Finance Dr. Saad Ali Shire, officially opened it, and mentioned in his remarks that everything is complete and the custom is ready to work.

Finally, this new Custom opened in the Ina-Guha area of ​​Salahley District in Marodi-Jeh Region, is expected to significantly contribute the revenue of the Central-Government and Salahley District also, at the same it will take part the anti-contraband and anti-drug activities, as it is located in an important location.

This new customs office, which comes at a time of great need, will operate in a large area along the Somaliland-Ethiopia border, particularly in the southern part of Maroodi-Jeh region, particularly in between Baligubadle and Dabo-Gorayaale Customs.