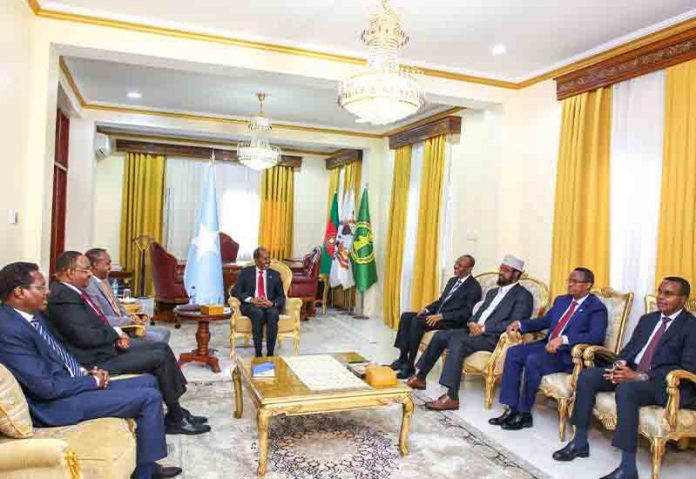 The members, including new Somali President Hassan Sheikh Mohamud, the leaders of the five regional states, the mayor of Mogadishu and the outgoing Prime Minister Mohamed Hussein Roble ended their meeting with a 7-point communique.

Among the issues agreed include completion of the constitution, national security structure, uniform elections, reconciliation and complete federalization of the Horn of Africa nation. Resumption of talks with Somaliland and establishment of an independent judiciary were also part of the agreement.

For the first time in many years, the leaders of Jubaland and Puntland regional states attended a meeting at the presidential palace after years-long spat with former president.