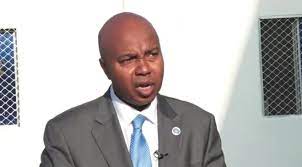 Somalia’s government turned down an offer of medical aid, which was needed to fight Coronavirus pandemic, due to fear of fraying Ethiopia PM’s tempers after Egypt said one of its military aircraft would transport in relief to Mogadishu, former FM Mohamed Abdirisak said on Thursday.

Ex- FM said he was asked by Villa Somalia to stop Egypt sending a C-130 military aircraft that would transport much needed medical relief donated by Arab League to the Somali capital.

Somalia later disclosed that the  diplomatic gesture was made not to antagonize Ethiopia’s Prime Minister Abiy Ahmed, a key ally of Somalia’s President Mohamed Abdullahi Farmajo, whose government has been in a bitter dispute with Egypt over the construction of a mega hydro-electric dam on the Blue Nile River.

Among other issues that showed diplomatic bias in favor of Ethiopia included the closure of an Egyptian school, refusal of an offer to train Somali soldiers in Egypt and failure to provide Cairo with a land in Mogadishu to construct a new embassy, Abdirizak added.

Speaking on his dismissal, he did not rule out the possibility that the President and the Prime Minister had fired him due to his neutral position on the war between Ethiopia’s government and forces loyal to the Tigray People’s Liberation Front (TPLF), the party that dominated Ethiopia’s politics for decades before Abiy rose to power in 2018.

His predecessor Ahmed Eise Awad had been sacked in November 2020 for insisting on a nonpartisan foreign policy towards Ethiopia after fighting between Tigrayan rebels and the federal government erupted.

The former Foreign Minister also criticized the Prime Minister’s recent public apology to the United Arab Emirates over the seizure of $9.6 million by security personnel at Adan Adde Airport in