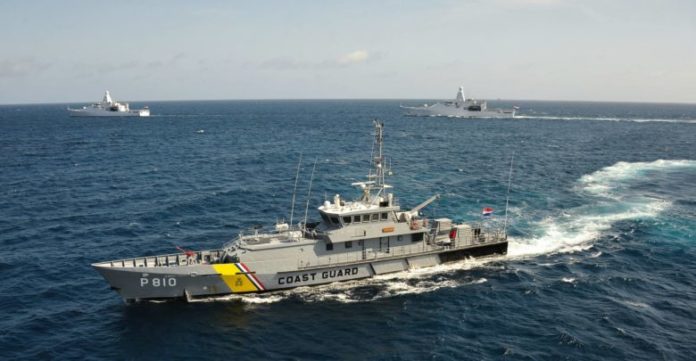 A legal battle between Somalia and a Cypriot company seeking compensation for breach of contract by the Federal Government has taken a new twist after the company withdrew from the case and instead filed a new one against the State.

Amo Shipping Company (AMOSC) which entered into a contract with Somalia in 2013 to build and deliver six long-range patrol vessels notified the tribunal (UNUM) in the Netherlands it was withdrawing its case against FGS and in its place file new proceedings against the Federal Republic of Somalia (FRS).

In its ruling dated July 31, 2020 seen by Goobjoog News, the Tribunal compelled AMOSC to pay to FGS EUR 31,551.42 as reimbursement of its costs related to the arbitration which kicked off in August 2018. The penalty is in line with the Transport and Maritime Arbitration Rotterdam-Amsterdam (TAMARA) rules. UNUM has since succeeded TAMARA.

An attempt by AMOSC to recommence the proceeding in September 2019 naming FRS as the respondent failed after the FGS declined arguing the FRS was ‘another party’. In effect, AMOSC wrote to UNUM on October 10, 2018 notifying it of its withdrawal from proceedings against FGS.

AMOSC has since commenced proceedings against FRS seeking over EUR 100 million in compensation for breach of contract (EUR 66,000) and interest increasing 8% annually on Dutch statutory interest.

Sources privy to the case have intimated to Goobjoog News the Cypriot company faced what ‘Somalia is facing in the maritime case with Kenya’. One of delay tactics with intend to frustrate and bury the case.’

The development raises interesting legal questions on the distinction between the Government and the State while entering into contracts and the capacity of the former to act on behalf of the latter.

FGS had sought EUR 238,790 compensation for costs incurred during the course of the arbitration but the tribunal held that the demand was ‘unreasonable’ and fixed it at EUR 31,551.

HOW WE GOT HERE

In a bid to bolster its maritime security and fend off illegal fishing, the Federal Government of Somalia entered into a multimillion EURO deal with AMOSC to acquire patrol vessels and subsequently built the capacity of its coastguard to deploy the vessels.

The cost of the project stood at about EURO 132 million. The Financial Governance Committee chaired by Finance Minister and includes representatives from the World Bank and the International Monetary Fund questioned the viability of the project noting its cost  was an equivalent of upwards of 95% of the then national budget.

Nonetheless, the Ministry of Defence and then Prime Minister Abdirashid Sharmarke pushed for the project including seeking financial support from the UAE. Somalia would however default from day one of the contract and subsequently went ahead to declare it non-existent.

AMOSC filed proceedings at a Netherlands based arbitrator in 2018 heralding another tumultuous battle with the Federal Government.

A new round of the case between AMOSC and the Federal Republic of Somalia has commenced following the termination of the AMOSC versus Federal Government of Somalia case. The development raises interesting legal questions on the distinction between the Government and the State while entering into contracts and the capacity of the former to act on behalf of the latter.