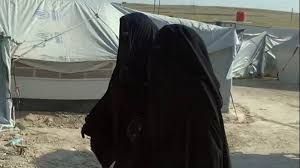 Somalia has announced that ISIS women from Somalia holding Swedish citizenship will be sent to Somalia.

The women in question are currently held in Al-Hawl Camp held by Syrian Democratic Forces.

According to a report by the Swedish state radio, the president of Somalia Mohamed Abdilahi Farmajo has approved for the plan of repatriation of these women.

Fiqi stated that these women will not stand trial in Somalia as they did not commit any crime in the country.

There are 30 to 40 Swedish citizens of Somali origin in the camp.

The Al-Hawl Camp is located about 40 km east of the Iraqi-Syrian border region.

It was built by the UNCHR for Iraqi refugees at the beginning of 1991 during the second Gulf war.

After it was closed in the meantime, the camp was reopened during the Iraqi war in 2003.

Since the dismantling of ISIS territorial rule, it has been used mainly to house women and children who previously leave areas under the ISIS control.

Somalia’s gesture comes after the SFG continues to face significant challenges in its path towards building safe, stable and prosperous country.