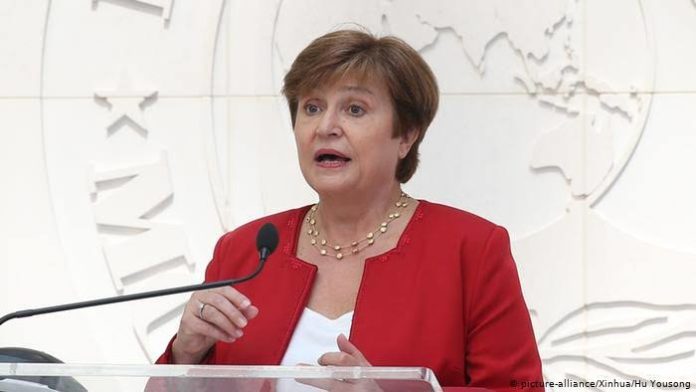 An International Monetary Fund (IMF) team, led by Allison Holland, met with the Somali authorities in Addis Ababa, Ethiopia, from  January 6—16, 2020, to discuss recent economic developments, review progress on reforms under the fourth Staff-Monitored Program (SMP-IV), and to undertake discussions on a new three-year macroeconomic reform program that could be supported by the IMF under its Extended Credit Facility (ECF) and Extended Fund Facility (EFF). Discussions with the authorities continued after the mission.

Ms. Holland issued the following statement on the staff-level agreements:

“The authorities have made good progress in implementing key policies under fourth staff-monitored program (SMP IV) supporting a staff-level agreement on the completion of the second review of SMP IV. Somalia’s sustained commitment to economic reforms brings debt relief under the HIPC Initiative closer.

“The mission commended the authorities on the success in enacting several critical bills, including on Revenue, Public Financial Management, and Anti-Corruption. In addition, the mission welcomed the authorities’ ongoing efforts to deepen inter-governmental fiscal relations at both political and technical levels. Domestic revenue collection has remained strong, with domestic revenues through November reaching US$194.6 million, relative to a full year target for 2019 of US$196 million.

“The Somali authorities and IMF staff team reached a preliminary agreement on policies that could constitute the basis for a new three-year macroeconomic reform program with the IMF, to be supported by the ECF and EFF arrangements. The program is intended to guide Somalia’s reforms over the period between the HIPC Decision and Completion Points. It will also support the authorities as they implement their Ninth National Development Plan (NDP9)—their strategy for inclusive growth and poverty reduction.

“The key policy pillars of this new program build on the reforms achieved under successive SMPs and will include (i) further strengthening public financial management; (ii) continuing to increase domestic revenue mobilization; (iii) continued deepening of capacity at the Central Bank of Somalia; and (iv) further efforts to enhance governance and reduce the perception of corruption.

“This preliminary agreement is subject to the approval of management and the IMF Executive Board and Somalia clearing its arrears to the IMF. It represents another step towards reaching the HIPC Decision Point and eventually achieving debt relief under the HIPC Initiative.

“During the visit, the team met with Finance Minister Abdirahman Dualeh Beileh; Minister of Planning, Investment and Economic Development Gamal M Hassan; Central Bank Governor Abdirahman Mohamed Abdullahi; Ms. Hodan Mohamoud Osman, Secretary of the Senate Finance Committee; Mr. Mohamud Abdirahman Sheikh Farah, Chairman of the House of the People Commerce Committee; and other senior officials. The team also met with development partners and other stakeholders in Nairobi on January 17, 2020. The IMF team would like to thank the Somali authorities for their cooperation and the open and productive discussions.”