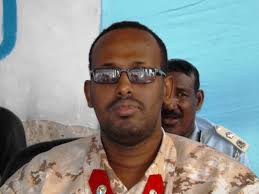 A Somali government soldier has shot to death a young man at the Sinai junction in the capital Mogadishu on Monday.

Gen. Turyare mourned the death of his cousin, saying he was deeply upset by his killing.

“I feel as I have lost my first born or even worse. May Allah have mercy on my brother Mohamed Abukar Turyare who was killed by government forces,” Gen. Turyare said

Eyewitnesses said that the soldier who gunned down the young man fled from the crime scene. The body of the deceased was taken to CID for further investigations.