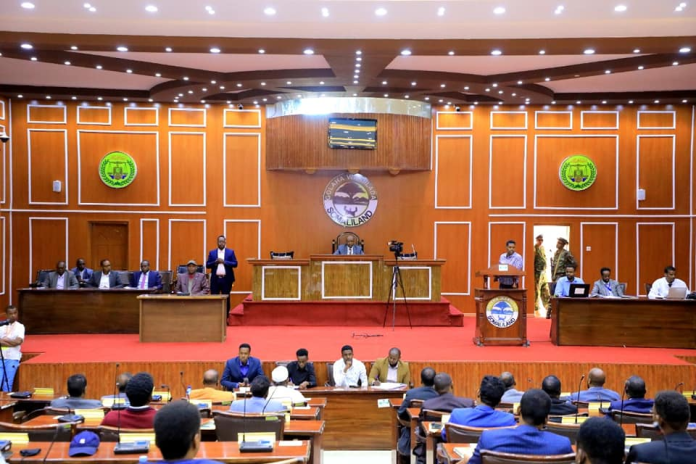 The committee reports will then be heard, most importantly that of the Finance Committee which has passed through all the financial resources of the regions of the country and other committees such as the National Assets Oversight Committee, the Legislative Committee and the Foreign Affairs Committee.

Secretary of House Mr. Abdirizak who read the report began:-

The report opens up a new method that the people of Somaliland are unfamiliar with in the previous House of Representatives, highlights a strategy  the Speaker of the House of Representatives sets an example for transparency and accountability, and an obligatory challenge to the other institutions of the Somaliland government and the judiciary to shed light on their performances to the community, quarterly, six months and at the end of each year.

Similarly, the Speaker of the House of Representatives Hon. Abdirizak Khalif Ahmed during the first session met with delegates from UN agencies, international and diplomats from countries that support democracy in Somaliland, as UNSOM, and UNDP, and IRI officials.

The report issued by the 5th House of Representatives of the Republic of Somaliland on the performance of the first session, is a step towards transparency and accountability, and will make the public aware of the work of the elected parliamentarians.