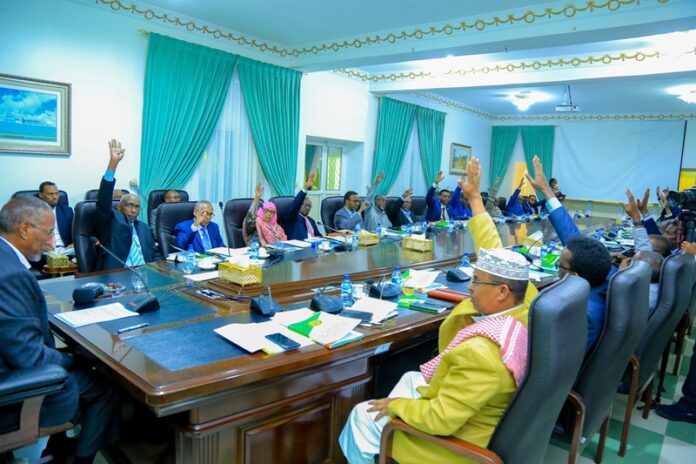 The Council of Ministers of the Republic of Somaliland has unanimously approved the 2022 budget, which is larger than the 2021 budget, and contains an ample increase in the salaries of the Somaliland Armed Forces.

The 84th session of the Cabinet Ministers, chaired by the President H.E. Muse Bihi Abdi, approved the 2022 budget after lengthy discussions and deliberation.

The 2022 Budget Estimates are as follows:

The government’s total budget has increased by 17% this year

The Central Gov’t budget has increased by 11% this year

Local government budgets have increased by 44% this year

Foreign aid projects budgets have also increased by 41% this year.

It is noteworthy that this year the country’s armed forces have received a 20% increase in their salaries.

The Minister of Finance entrusted to formulate the 2022 budget, Minister Dr. Saad Ali Shire elaborated that the 2022 annual budget will be given priority in the following areas:

In the end, President Muse announced a vote to approve the budget, the council voted unanimously, with one exceptional, as one minister rejected the approval.