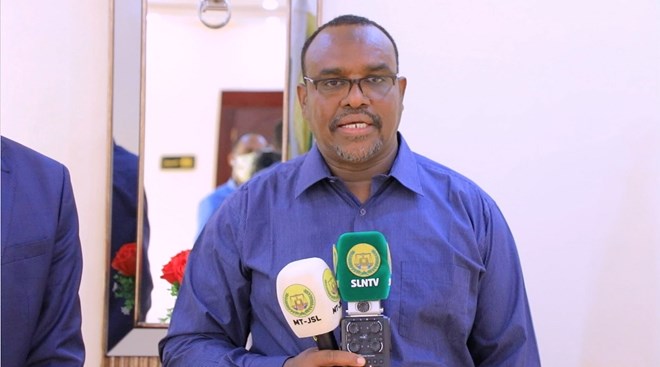 The Minister of Information Hon. Saleban Yusuf Ali, has issued a warning to Universal Television, following the TV station’s broadcasting an extremely debate on family issues as far as culture and religion is concerned that has angered all the people who watched it.

Minister Kore said it was unfortunate that there was a televised debate on whether a mother could come to her son’s house without her son’s wife’s permission.

“We have warned TV universal not to engage in such publicly cultural controversial issues being debated debate again”, he said.

“The government will take action against Universal TV, if it ever held such a debate that generates public anger,” he said.

Meanwhile, some of the country’s leading clerics addressed Friday’s sermon on Universal TV immoral debate and called on the government to take immediate action against them.

“They initiated a debate among the community that they did not have knowledge on that coaxed people to talk about something that contradicts the word of God and contradicts the religion teachings and mainstream cultural heritage, as well as contradicts the hadith of the Prophet.” Said Sh Berberaawi.

Universal TV’s recently aired debate was labeled as against Islamic culture and religion, according to clerics, and has been described as an attack on the culture of the Somaliland Islamic nation.