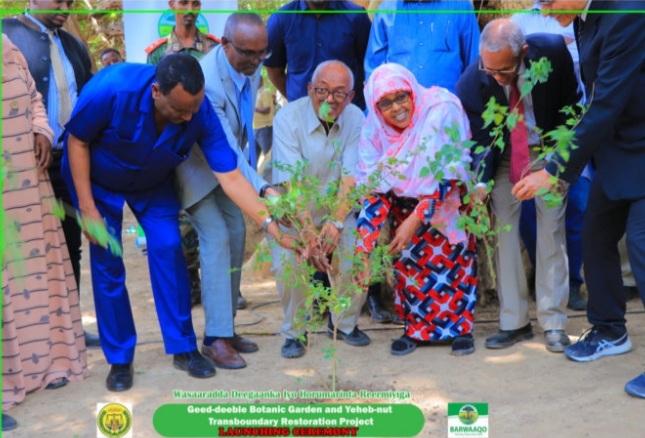 The government of Somaliland on Monday has formally launched the botanic garden, the first of its kind in Somaliland at Geed Deeble in Hargeisa.

The garden is expected to contain important collection of plant species from the country and beyond.

The implementation of the project took for ten years and its mission is intended to boost the awareness of environmental rights in Somaliland as well as to be a public place where everyone can spend her/his leisure time.

In his remarks, the country’s VP Hon. Abdirahman Sayli’i said that this is the third place to be implemented in the Horn of Africa.

He was optimistic that SL will lead a better and clean environment in the region.

The main function of the botanic garden is to allow the people to see and learn about the various plants in terms of science and its local languages.