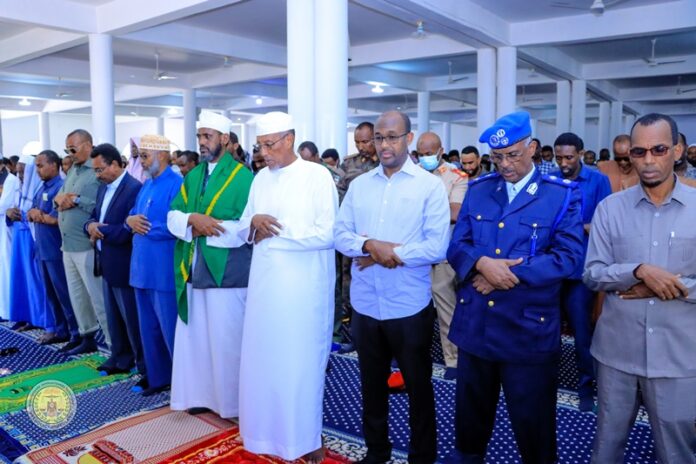 Rain prayers were held in the capital Hargeisa on Monday.

The Salat Al Istisqaa prayers are held once the rainfall is delayed.

On April 24, the country’s Minister of Religious Affairs, Honorable. Sheikh Abdirisak Husein Ali Al Bani, had urged religious figures to lead prayers for rain so that the continiuing dry season in the country may come to an end.

The congregation for rain prayers saw the attendance of members of Somaliland cabinet, chiefs of armed forces, officials and members of the community.

In his speech, the religious affairs minister, Sheikh Al Bani, has stressed the importance of forgiving within the community so that Allah to bless the nation with rain and mercy, in accordance with the Prophet Mohammed’s sunnah.

He reiterated that it is important for the public’s hearts and minds could be united.

While observing the last ten days of the fasting month of Ramadan, Al Bani called upon the public so that rain could come.