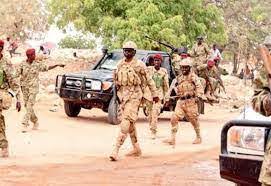 Dhagah-dhabur and Habar-hagogan in the Gollis mountain range were among areas targeted by the operation aimed at flushing out Islamist militants and positions belonging to the group were shelled, according to regional forces.

Authorities claimed that insurgents incurred losses during the military operation, though they have not given details on casualties sustained by combatants from both sides. Al-Shabaab has not yet commented on the assertions by Puntland security forces.