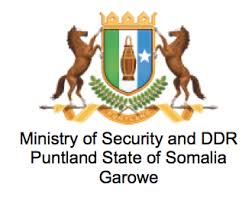 Puntland says that it has issued an order banning the illicit sale of weapons and military equipment which are brought to the region in their airports.

According to a directive from the minister in charge of internal security has banned the import of all weaponry and the order will be put into operation by the armed chiefs.

The decree further stated in order to ensure the security and safety of the people and the region, the ministry has barred the import, export and illicit trade against the gun trade.

The UN security council imposed an arms embargo on Somalia after the country descended into state of chaos and anarchy following the toppling of its military leader in 1991.