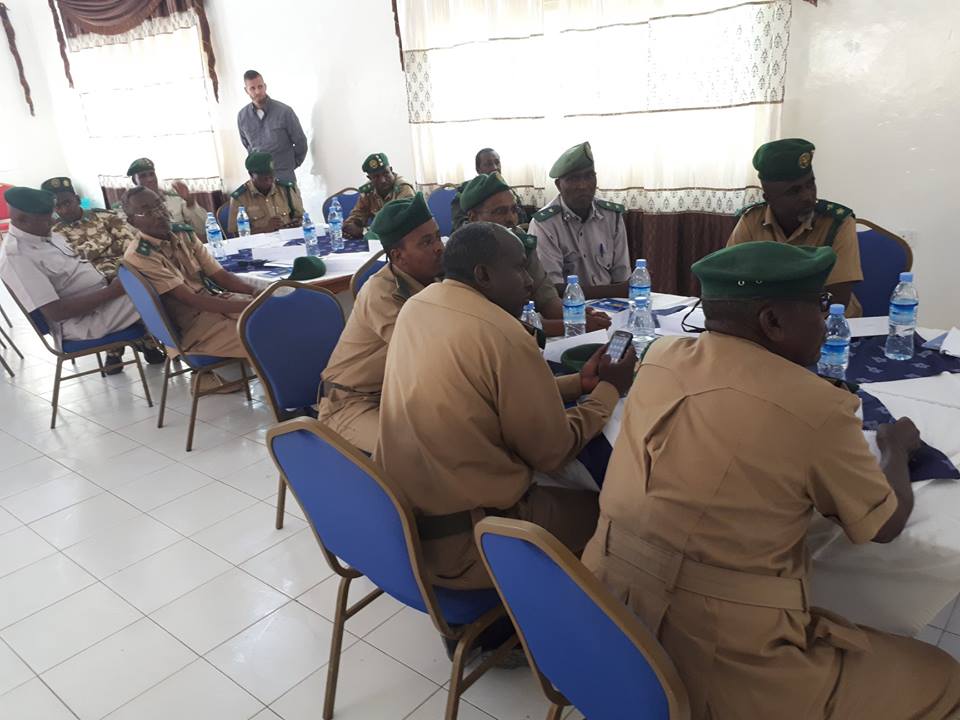 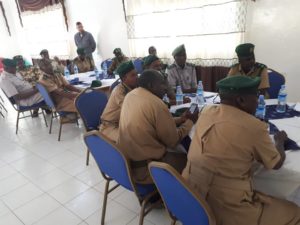 HARGEISA– Fourteen Prison chiefs and corrections officers attend on Tuesday a training held in Hargeisa, Somaliland. The Director General of the justice ministry, Hon. Hussein Mohamed Mohamud has officially opened the seminar. The director in charge of prison department of the justice ministry, Hon. Abdirahman Dube has spoken of the objective behind the training which he revealed that the attendees will be introduced to the prison management. Mr. Dube has stated that this is the 4th seminar that the corrections officers have taken part and also the five year plan for the custodial corps will be discussed. Deputy Corrections commissioner, Hon. Hasan Ali Dheere who has expressed thanks to the minister and the DG for their unwavering support to the custodial corps. He also lauded the training aimed at improving the education and management of the corrections officers in Somaliland. The deputy corrections chief has called on the attendees to benefit from the training and employ in their workplace. The mission behind the seminar is to upgrade the level of knowledge to prison chiefs. He finally urged the director of UNODC to put their plan in building new prisons in Somaliland. The seminar was organized by the ministry of justice under the auspices of UNODC.