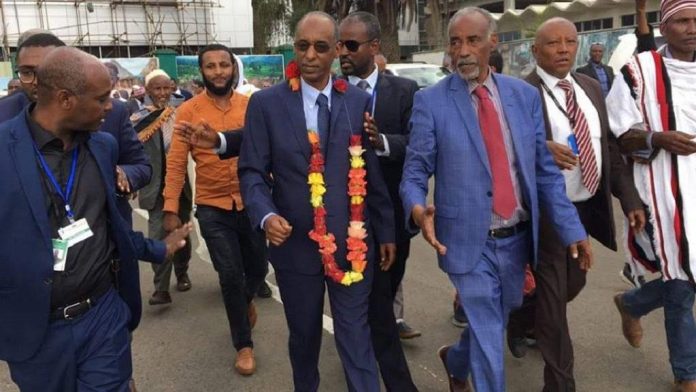 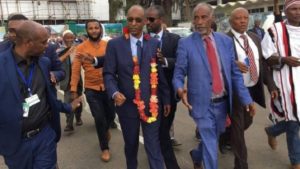 ADDIS ABABA, Sept. 3 (Xinhua) — Former Ethiopian minister Junedin Sado returned home on Monday after close to a decade in exile due to disagreements with the Ethiopian government.

Sado, who had served as Ethiopia’s minister of transport as well as other high-level government roles, followed the footstep of many other opposition figures, journalists and activists who returned following the government’s reconciliation effort.

Sado’s homecoming on Monday came a day after another prominent Ethiopian government critic and human right activist, Tamagn Beyene, who returned on home on Saturday after more than two decades of strong opposition in exile.

Mekonnen, who commended Beyene for his decision to return home, further called on Ethiopians in exile to follow suit, according to the Office of the Deputy Prime Minister.

The Ethiopian government, following Abiy Ahmed’s premiership in early April, has been implementing various decisions aimed at creating a nationwide reconciliation, including the release of high-level political prisoners, invitation for Ethiopian rebel groups for talks as well as the decision to normalize relations with its regional arch-rival Eritrea.

Ahmed also declared an amnesty invitation for exiled politicians, journalists and human right activists to return home and pursue their political activities in a peaceful manner.

Kassa Kebede, foreign policy chief of Ethiopia’s former ruling party, is one among the many Ethiopians who have returned home after decades of stay in exile.

Other notable activists and journalists that have returned include Jawar Mohammed and Mohammed Ademo.

The ONLF, a rebel group operating in the Ethiopia’s Somali regional state, is the latest to declare a unilateral temporary ceasefire