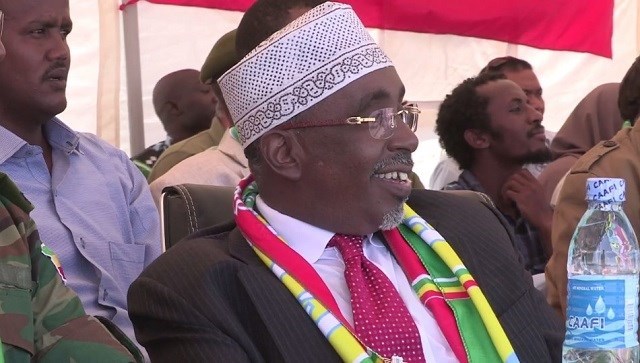 Sharif Hassan Sheikh Adan, President of South West Regional administration in Somalia has announced his resignation from the post shortly in Baidoa. He also announced withdrawing his candidacy as the presidential elections which is about to take place. The former president has made the announcement in a press conference and was flanked by parliamentary speaker of South West administration. The resignation of president Sharif Hassan will end confusion that has engulfed the State in preparations of holding presidential polls. The Election commission members of South West administration resigned after days of turmoil.