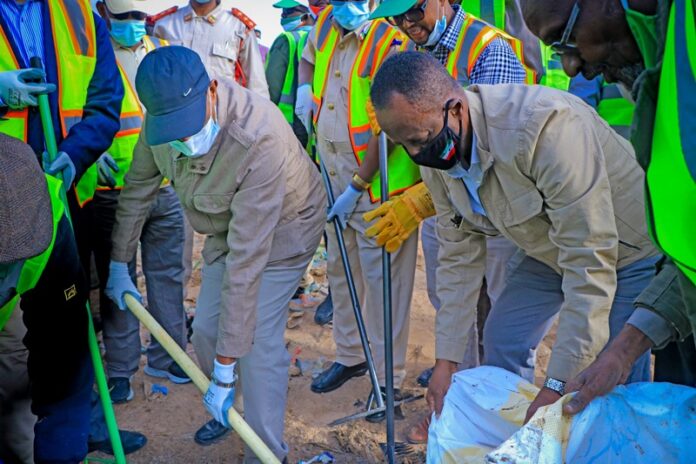 President Musa Bihi Abdi together with the mayor of Hargeisa and volunteers have conducted clean-up drive in the major parts of Hargeisa on Thursday.

The Mayor of Hargeisa launched the initiative to clean-up the capital and has called for collective action in cleaning Hargeisa.

The participation of Somaliland President during the cleaning exercise was a surprise and started to pick up debris from the floor.

The president joined the major who spearheaded in the campaign on his tour as participants of the clean up campaign cheered.

Abdikarim said that a healthy environment guarantees health lives and urged the public to take the clean-up campaign seriously.

The cleaning exercise calls on the locals to clean their environment in order to have a healthy life.