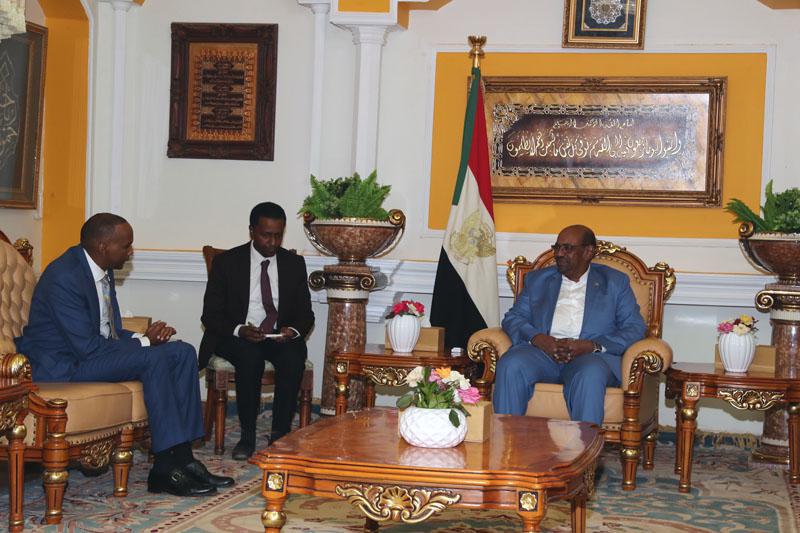 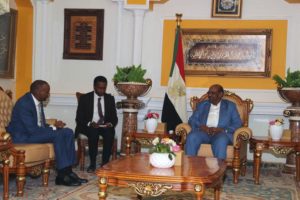 Khartoum, Aug. 7 – President of the Republic, Field Marshal Omer Al-Bashir, has affirmed the keenness of Sudan to support Somalia in all fields until it becomes ready to realize development and stability for its people.

In a press statement, the Somali Prime Minister said that the meeting has discussed the bilateral relations between Sudan and Somalia, describing the meeting as fruitful and constructive.

He expressed the appreciation of Somalia to the role of President Al-Bashir in leading the negotiations between the South Sudanese parties and the signing of the peace agreement.

He described South Sudan peace agreement as an exceptional work that affirmed the capability of the Africans to solve their own problems.

The State Minister for Foreign Affairs, Ambassador Mohamed Abdalla Idris, said that the President of the Republic has welcomed the invitation of the Somali President, Mohamed Abdalla, to him to visit Somalia.