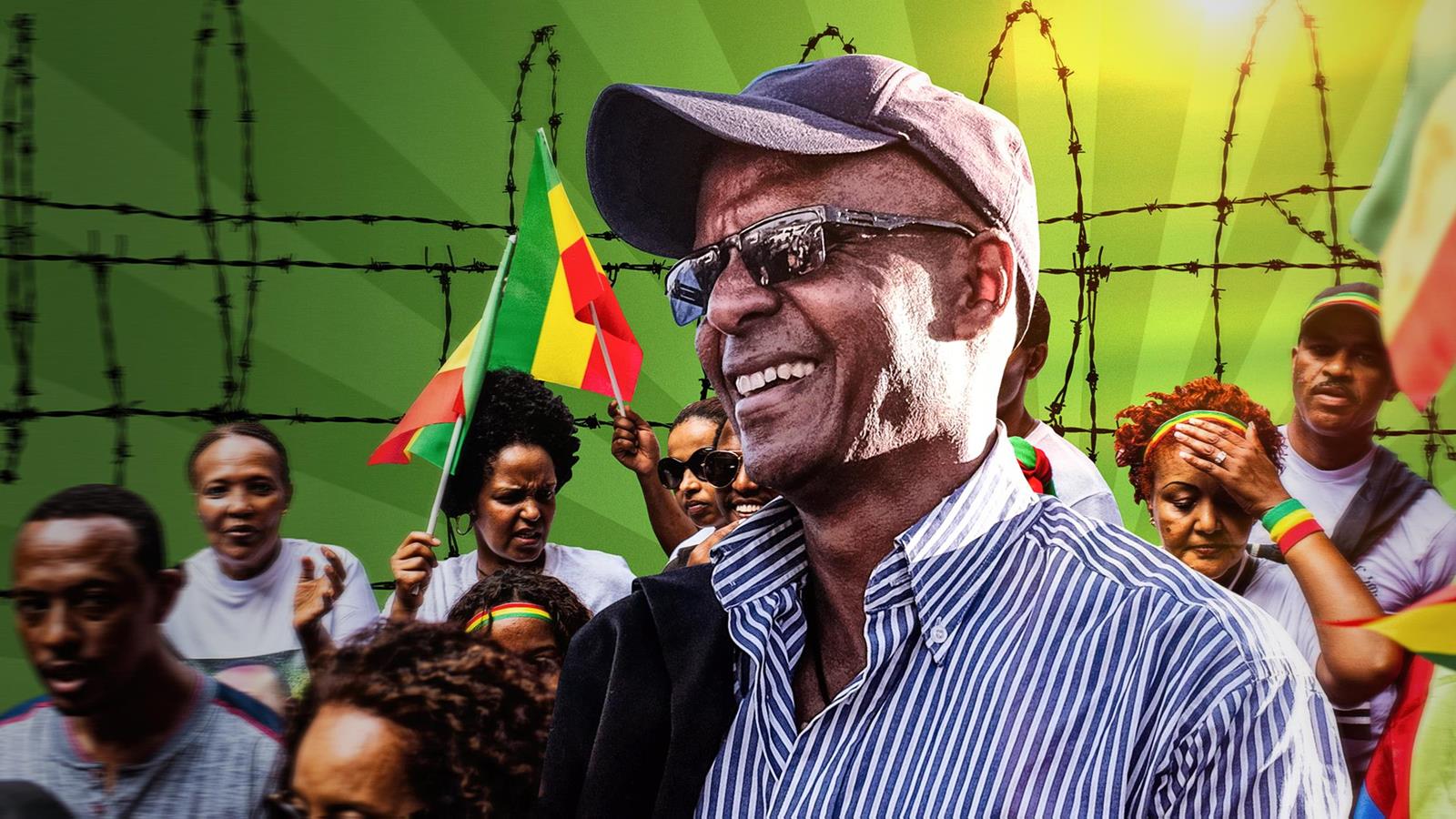 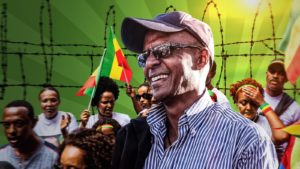 Ethiopian journalists Eskinder Nega and his wife, Serkalem Fasil, were jailed in 2005 — in separate prisons — on charges of treason. The couple didn’t know it, but Serkalem had just become pregnant with their first and only child. Born premature and malnourished, the baby boy’s only chance of survival was an incubator, which the prison hospital didn’t have.

Their son was rushed to a better-equipped facility but — having no parent to sign for him — was refused admission. Back at the prison hospital, doctors were so afraid of “the baby dying in his mother’s embrace,” Eskinder says, that they kept them apart. When Serkalem woke up, she struggled to her feet and demanded to see her child (Serkalem, like all Ethiopians, uses only her first name). Guards tried to stop her, but, after daring them to shoot her, she barged into the next room. “There was our baby, all alone in a bed,” says Eskinder, who only learned any of this months later.

The sacrifices have been extreme for the pioneer of the Ethiopian free press since the fall of the DERG (the Coordinating Committee of the Armed Forces, Police and Territorial Army; Ethiopia’s Marxist military government) in 1991. Eskinder, 48, has spent more than nine years in prison spread across nine separate stints. Now his fight for freedom, democracy and nonviolence finally seems to be paying off. New Prime Minister Abiy Ahmed has in four short months given Ethiopians more hope for democratic reform than they have had in decades by releasing political prisoners such as Eskinder, among other liberalizing steps.

WE’RE ALL TRAVELING AT DIFFERENT SPEEDS, [BUT THE END POINT IS] EXACTLY THE SAME. … LIBERAL DEMOCRACY IS THE ONLY ANSWER.

“There is cause for optimism,” says Eskinder, “and there is cause for concern.” Martin Plaut, a veteran commentator on politics in the Horn of Africa, agrees: “It’s impossible to say anything about what’s going to happen.”

As a boy, Eskinder’s family fled a couple of years after the DERG came to power in 1974, and he spent more than a decade in the U.S., earning a degree in politics and economics, and growing accustom to life in a functioning democracy. When, in 1991, the Ethiopian Peoples’ Revolutionary Democratic Front (EPRDF, spearheaded by the Tigrayan ethnic minority) overthrew the DERG, Eskinder went home “for a visit.”

Hearing government guarantees of freedom of expression but seeing no publications with the courage to speak their mind, Eskinder decided to stay. “I had exposure to the West. I knew it was possible,” he explains. Once he’d opened the floodgates, others followed, but Eskinder always remained a few steps ahead of the pack. Since founding his first newspaper in 1993, he’s used his command of both Amharic and English to “face the full force of an authoritarian state with nothing but his worldview,” says Tamrat Gebregiorgis, a longtime friend and editor of Ethiopian newspaper Fortune.

Because the ruling Tigrayans comprise only 6 percent of Ethiopia’s population, the government pioneered a system of “ethnic federalism,” where people were supposedly allowed to govern themselves. In practice, the EPRDF ruled “with an iron fist,” says Plaut. Despite the focus on ethnicity, Eskinder recognized the “overarching narrative” as the “age-old fight between freedom and tyranny” and vowed to stay in the country until true democracy was achieved. It is as if “he feels his destiny is here and for a higher purpose,” says Tamrat. “The degree of his certainty — even during his darkest hours when I used to visit him in jail — leaves me speechless.”

Two other things he’s certain about? One, the virtues of nonviolent struggle — he is “the least violent person” Tamrat knows — even in the face of brutal government crackdowns, which compelled many others to take up arms. Two, that the U.S., a major supporter of Ethiopia due to its strategic importance in the war on terror, ought to have done more to oppose the tyranny of EPRDF rule. America “bears a responsibility to defend democracy and speak out against those nations that trample it,” he wrote in a 2013 New York Times op-ed titled “Letter From Ethiopia’s Gulag.”

At many times during our interview, Eskinder pleads with me to portray him as an “ordinary person with more faults than strengths,” so here goes. … Tamrat bemoans his friend’s “stubborn courage” that “borders on insanity,” explaining that “Eskinder could achieve what he wants with less risk than he’s willing to take.” He can be divisive, most notably as portrayed in a series of online articles by prominent Ethiopian blogger Daniel Berhane, which paints Eskinder as a Holocaust supporter. Eskinder is happy to discuss the articles and considers Daniel a “mouthpiece” for the regime. “I’m not angry with him. In fact, I feel sorry for him, and I bear no grudge,” Eskinder says, crediting his own faith in both Christianity and the power of “restorative justice.”

Through it all, Serkalem has stood by him. Moments after her husband was sent to jail for a crime he didn’t commit, her voice rang through the high court: “Eighteen years is nothing — I’ll wait for you.” As it happened, she only had to wait seven. Of course, their real wait is not over. Despite being a breath of fresh air, new PM Abiy still helms a one-party state.

Eskinder is convinced that Ethiopia must follow the South African model in transitioning to democracy, pioneered by former enemies F.W. de Klerk and Nelson Mandela, who ultimately served together on a government of national unity. “The ruling party needs reassurance that there won’t be any vengeance,” he explains, without which “many lives would be lost.”

And even if recent developments turn out to be a false dawn, Eskinder is convinced that Ethiopia will eventually get the freedom it deserves. “We’re all traveling at different speeds,” he says, but the end point is “exactly the same. … Liberal democracy is the only answer.” Whenever Ethiopia gets there, Eskinder will, he says, go from being an activist to “a normal journalist” with no Mandela-like political ambitions. “I am interested in the system, not the party.”

But what of the premature baby left for dead in the prison hospital? Despite the all-too-real psychological issues that go with being denied a father for most of his life, Nafkot is now a healthy adolescent. “If my son and Ethiopia can grow together, it will all have been worth it.”