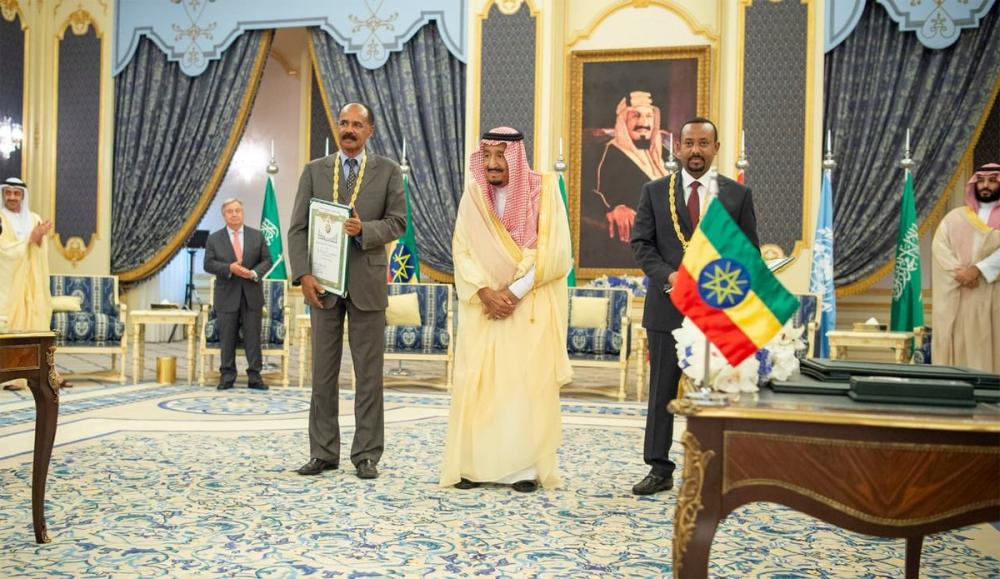 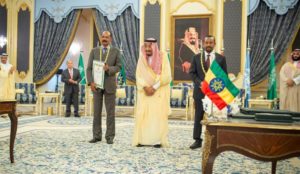 Jeddah — Eritrean President Isaias Afwerki and Ethiopian Prime Minister Abiy Ahmed Ali signed the Jeddah peace agreement between the two countries under the patronage of Custodian of the Two Holy Mosques King Salman and in the presence of Crown Prince Muhammad Bin Salman, deputy premier and minister of defense.

The signing ceremony was held in the presence of UN Secretary General Antonio Guterres and UAE Minister of Foreign and International Cooperation Sheikh Abdullah Bin Zayed Al-Nahayan as well as many high-ranking officials representing Saudi Arabia, Ethiopia and Eritrea.

The King also decorated Afwerki and Abiy with the King Abdul Aziz Necklace.

The United Nations on Friday described the Jeddah meeting as “the signing ceremony of the peace agreement.”

Abiy and Afwerki signed a “Joint Declaration of Peace and Friendship” on July 9.

“This is a further agreement helping to cement the positive relations between them,” UN deputy spokesman Farhan Haq said Friday.