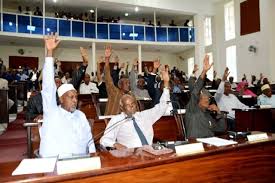 Hargeisa– The Somaliland house of national assembly have passed on Saturday the police law which the Upper of house of parliament amended it. The parliament was presided over by the house speaker Mr. Bashe Mohamed Farah. Certain MP’s have voiced concern over the amended law and called upon not to be ratified. 44 MP’s have voted in favor of passing the police law, an MP voted against it and another one has abstained.