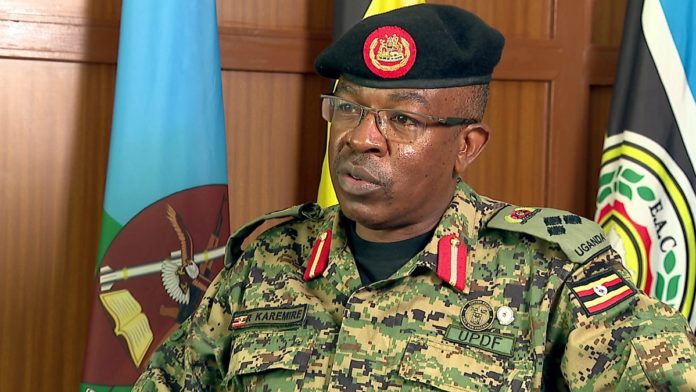 Nine members of the Uganda People’s Defence Forces (UPDF) contingent in Somalia are under isolation after coming into contact with a confirmed case who is in Mogadishu.

On Wednesday evening, UPDF confirmed a soldier attached to the African Union Mission to Somalia (AMISOM) had tested positive COVID-19 and was undergoing treatment.

The UPDF said that the confirmed case, a soldier who first manifested flu and cough signs, is now very stable and those with whom he got contact, are isolated.

According to the Deputy Spokesperson of the UPDF Lt Col Deo Akiiki, measures are in place at their bases to control the spread of the virus.

Lt Col Akiiki says that taskforces on base camp and the Forward Operating Bases (FOBs) have been constituted.