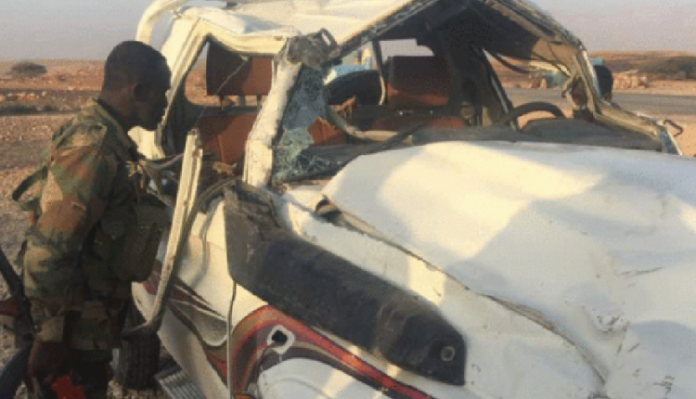 Military officer has been killed while nine other were wounded after the vehicle they were on board overturned.

The accident occurred in Erigavo, the administrative seat of Sanaag province.

The wounded were taken to Hargeisa to receive further medical attention.

The military officers were en route to Fadhi-gaab where two clans clashed there yesterday.